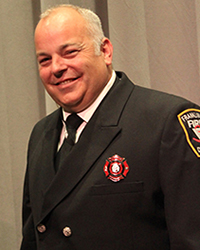 David Neff
Started in the volunteer fire service in 1991. He is a husband and father. David has served many roles in his community, such as reserve deputy, and many boards for county and state organizations. David has served on the WSFFA Board of Directors since 2015. 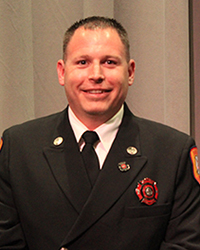 Lieutenant Jeremie Clark started in the volunteer service in September 1996, obtained his EMT certification and was an EMT-B for 6 years. He joined the WSFFA board June 2014.  Prior to that, he served as President of the Chelan/Douglas Firefighters’ Association from 2005 - 2015 and 2016 - 2019 holding the position of President and Vice President.  He is a Washington native, growing up in Eastern Washington and graduating in 1998 from Eastmont High School. Jeremie’s hobbies include hunting, fishing, boating, camping, basically anything outdoors and spending time with his family. 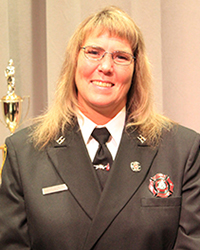 Julie Johnston volunteers with Lewis County Fire District 6 near Chehalis. In her 30 years of service, she has risen through the ranks from firefighter to Captain and EMT-A. Julie is responsible for ongoing EMS training. She was named the 2014 EMS Responder of the Year for Washington State. 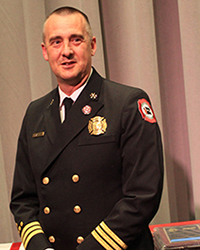 Howard has 39 years of volunteer fire service operational, training and administrative experience; serving with district & municipal fire departments, industrial emergency services, and the Washington State Fire Training Academy. Howard has spent the past twelve years at the Washington State Fire Training Academy as an instructor, Firefighter Recruit Academy Coordinator and Chief of Instruction. As a Chief Deputy, Howard is currently assigned to the development and implementation of a Statewide Regional Direct Delivery program which includes coordination of National Fire Academy courses, Firefighter and Hazardous Materials training. 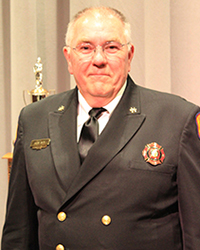 Ron is currently a Volunteer Division Chief at Douglas County Fire District #2 in East Wenatchee, Washington. He started his volunteer career in 1973 and became a WSFFA board member in 2002. Ron is one of two Washington Directors at the National Volunteer Fire Council, representing Washington volunteer firefighters on the national level.

Ron lives, works and volunteers where he was born and raised in Eastern Washington. 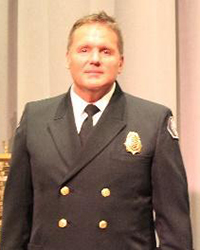 Larry Creekmore is Assistant Chief of the Dupont Fire Department. He began his career in January1983 with what is now South Kitsap Fire and Rescue. While at there he was a volunteer responder, taught Kitsap County recruit schools from 1986 – 2014, and worked in the Support Service Division. After joining the Dupont Fire Department in 2005 as a career officer, he remained active as a training Captain with South Kitsap until January 2015. Over the years Larry has served on several state training committees, actively teaches fire service topics, and serves as the WSFFA training manager. He is a Past President of WSFFA and has been a board member for more than 18 years. 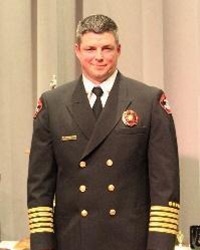 Andrew Schaffran  |  Past President / Board Member

Chief Schaffran holds a Bachelor’s Degree in Fire Administration, and has graduated from the National Fire Academy’s Executive Fire Officer Program.  Chief Schaffran is a Past President of WSFFA and has been a board member for 10 years. 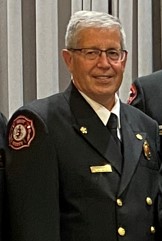 Don started as a Volunteer Firefighter on his 16th birthday 1972, 50 years later he retired as Fire Chief for Grant County Fire District #3. Through his year in the fire service, he served every position from Firefighter to Fire Chief. He has served the WSFFA as their representative to the L&I Stakeholders Committee that rewrote the Firefighter Safety Standards. He continues to serve the Association as their representative on the L&I Technical Review Committee, and the representative to the WFC which he served on for 6 years during his career. Don likes to travel, spend time with his family and two beautiful young granddaughters, he enjoys spending time at any beach. I am pleased to be a member of the WSFFA. Throughout my career I have always tried to make the voice of Volunteer Firefighters heard and believe this is the best way to continue working for the Volunteer Firefighters of Washington State. 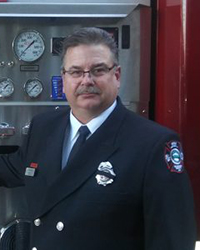 Tom is a Volunteer Firefighter with Skamania County Fire District #4 in Washougal, He also works full time for a trucking company and a part time caretaker at a summer camp in Washougal. Tom’s other interest are Astronomy and Photography. 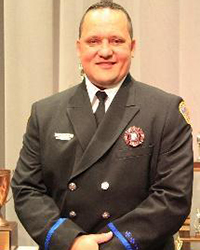 Originally born and raised in New York City, Gabe lived in various parts of the country before settling in Olympia, Washington in 1990. Gabe started his fire service career as a resident for Lacey Fire District #3 before joining East Olympia Fire District #6 in 2005.

He is a Firefighter First Class/Driver/Operator/EMT/Evaluator and Instructor. Gabe is very active in his community and currently works as a Safety Office/Worker’s Compensation Manager for the Department of Natural Resources. His hobbies include camping, traveling, attending live music shows, theatre and spending time with friends and his family. He and his wife Christen, along with their three children, Kaelub, Konner and Delaney currently reside in Tumwater, Washington. 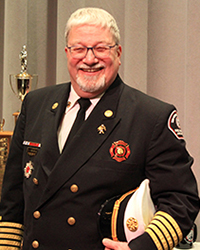 TJ Nedrow served as president of the Washington State Fire Fighters’ Association from 2013 to 2015. During his tenure, the accomplishments he is most proud of include;

Nedrow’s passion for the volunteer fire service is most prevalent when he talks about why he does what he does. “My goal has always been to represent the volunteer to the greatest degree possible and leave volunteer fire fighters better off than I found them.”

His current goal is to see through efforts to establish and dedicate a Fallen Firefighters Memorial on the Washington State Capitol Campus.

Nedrow got his start in the fire service as a volunteer with the Selah Fire Department in 1975, followed by Broadway Fire Department in Yakima in the early 80’s, and completing his career with Lacey Fire District 3 in 2015. During those years, he served in a number of capacities including;

Involvement with the WSFFA began in 1988, while representing the organization on the Governor’s Fire Protection Policy Board’s Firefighter Certification Committee. For five years he chaired the Board’s Certification and Accreditation Guideline Committee. 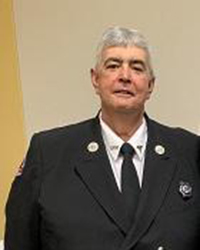 Jim’s EMS career started in the early 1970’s as a EMT working for private ambulance companies in his hometown in Pennsylvania. Upon moving to Washington State, Jim attended Central Washington’s Paramedic program. Initially worked in the Vancouver, Wa area as a Paramedic, he was hired as Paramedic / Firefighter full time for Mason County Fire Protection District 5, now known as Central Mason Fire and EMS. During his career with Mason County, he was injured on the job, forcing Jim to retire from firefighting. After rehab Jim returned to Mason County Fire District 5 in their fire dispatch center – eventually that dispatch centered merged with the City of Shelton’s dispatch center and became known as Mason County Emergency Communications (MACECOM). He was promoted shortly after that to shift supervisor achieving the rank of senior dispatcher. Jim retired two years ago from dispatching but shortly became bored and went back to work at MACECOM to deliver a new CAD system. Jim is a recently new member of Mason County Fire 4 as a support team member.